Straz Center for the Performing Arts collaborated with McKay Advertising + Activation (MA+A) with the goal of achieving the highest possible Return on Investment (ROI) on ticket sales for their most prominent Broadway shows- Le Misérables, Dear Evan Hansen, The Waitress, The Illusionists, Beautiful Carole King & The Sound of Music.

Tactics
MA+A spread the overall budget across 3 flights for each show. Each flight utilizes a Full Funnel approach and each funnel stage is allocated a different percentage of the overall budget based on research. The percentage of budget spent for each funnel stage in each flight almost remains the same, with more budget being allocated to Lower Funnel as we get closer to the show. 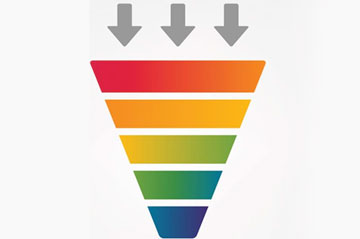 Google Display Ads: Google display ads were used to build awareness for the shows and served across Google to customers who fit our keyword targeting pool.

Gmail targeting: MA+A targeted customers in their Gmail inbox and serve them an ad if any words pertaining to Broadway shows, or the name of the specific show appeared in the subject line or the body copy of an email.

YouTube placements (Video Pre-Roll): MA+A also targeted customers on YouTube who showed interest in anything similar to Broadway, the names of the producers of the play or any videos or channels that have an audience that shows interest in these areas.

Custom intent + affinity audience targeting: An additional layer to the approach was to target audiences that frequented certain websites, blogs that had content specific to Broadway.

All the above tactics were used to build awareness of the shows and the prospects were captured in a data pool that would allow us to market the them further down the funnel. 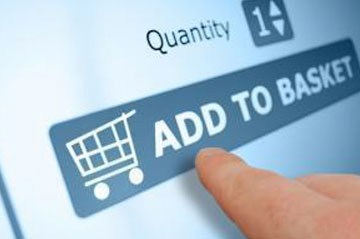 Remarketing: Once a prospect had been captured in the data pool MA+A then hit these prospects with Ads across the web to remind them of the shows and to also prompt them to purchase tickets. Since they have already shown interest in the show, they are more likely to convert.

Remarketing to cart abandoners: Hey, if they put tickets in an online cart and haven’t checked out, they are VERY interested. We hit them with a reminder that their tickets are waiting for them.

Bid adjustments based on intent level: By constantly monitoring how budget is being spent and who we are targeting, MA+A will allocated more spend to those prospects who have shown higher intent. We want to make sure we are getting bang for you buck and that prospects are converting into customers.

“Incorporating McKay Advertising into our marketing plans has become a regular practice. Thy have consistently provided expert insight and feedback. It’s been and continues to be a pleasure working with the entire team” – Heather Chamberlain-Marketing Director

Additional Results: Gained buy-in from all internal stakeholders that allow us to breakdownorganizational silos and assist in the digitization of the entire business

SEE US ON FORBES